OpenCV 2.4.11 users may have noticed that it does not provide pre-built binaries (Libs and DLLs) for VC14 (Visual Studio 2015) Unfortunately it is also the case with Qt 5.5.1 (At least it’s true at the time of writing this article) so if you are going to use either one of them you have to build it yourself.

I was also faced with this obstacle so I decided to write a guide for anyone who wishes to built OpenCV for VC14.To do that, just follow the steps below:

Note 1: This guide is already tested with CMake 3.4.1, OpenCV 2.4.11 and Visual Studio 2015 but there is a very high chance that it would work with later versions too, but I’m not sure about previous versions, you have to test it for yourself.

Note 2: You are not required to use the same folders. You may extract OpenCV sources somewhere different and also install the binaries to another place but throughout my guide and in the pictures you’ll see the same paths. 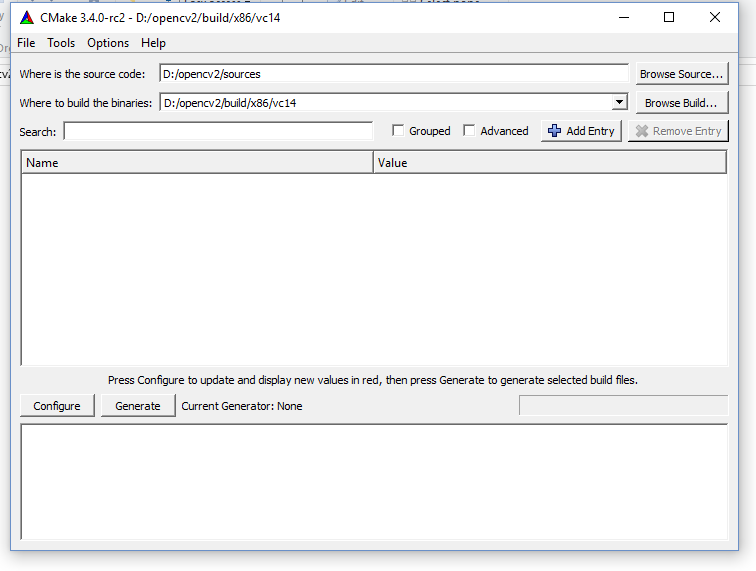 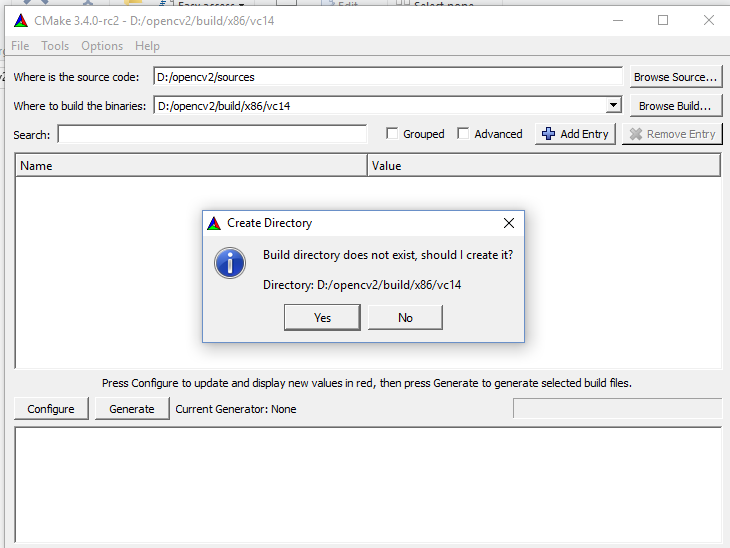 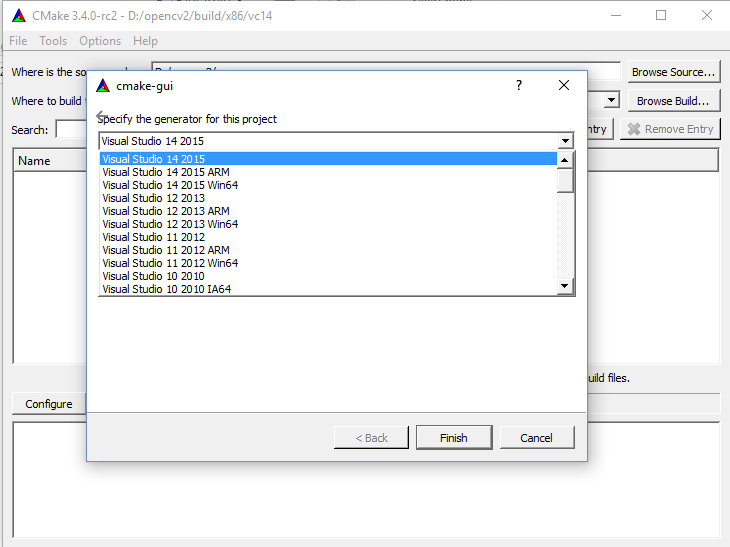 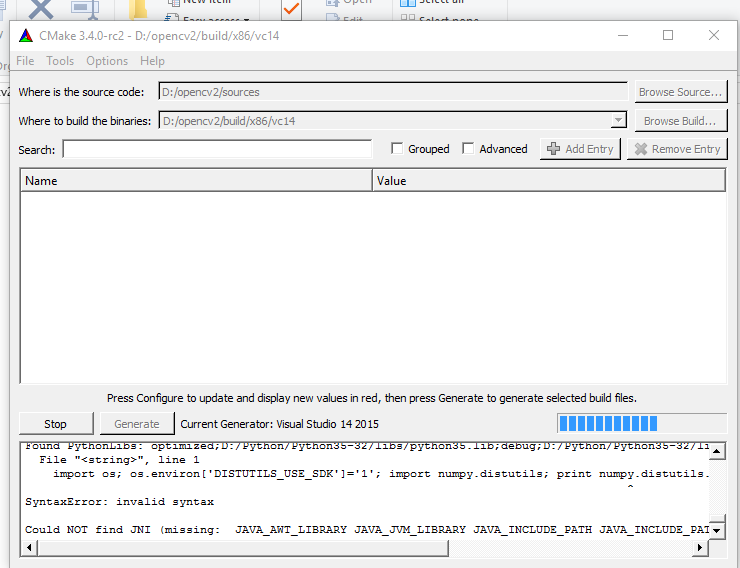 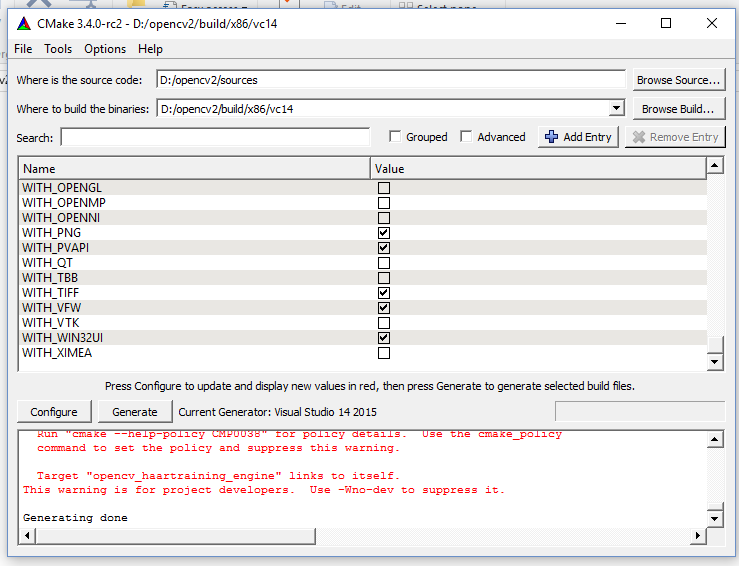 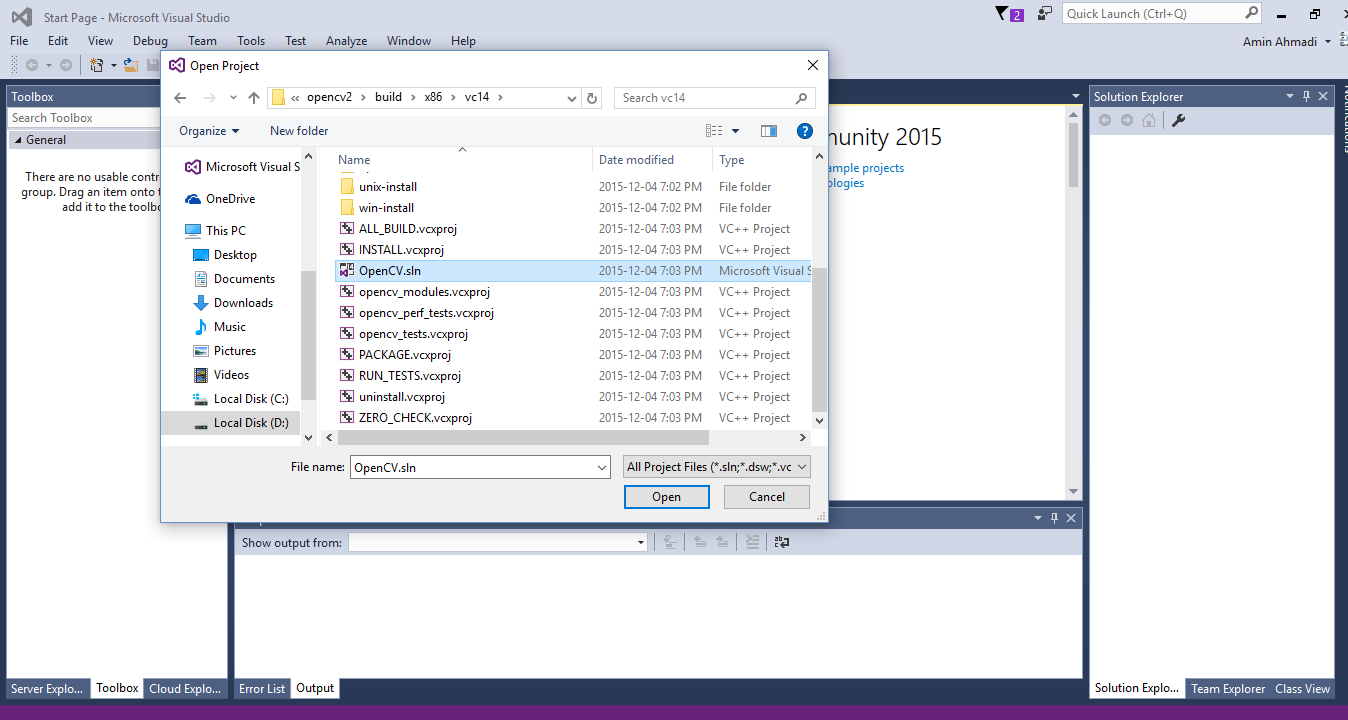 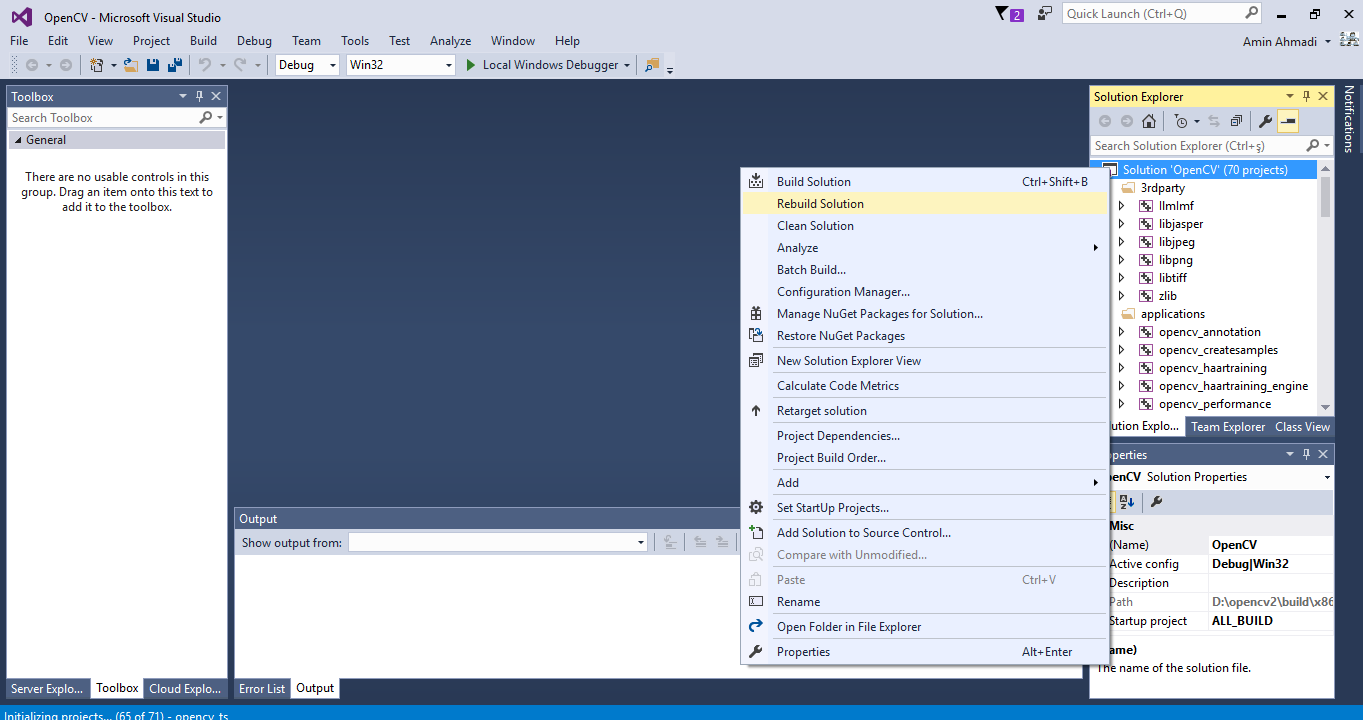 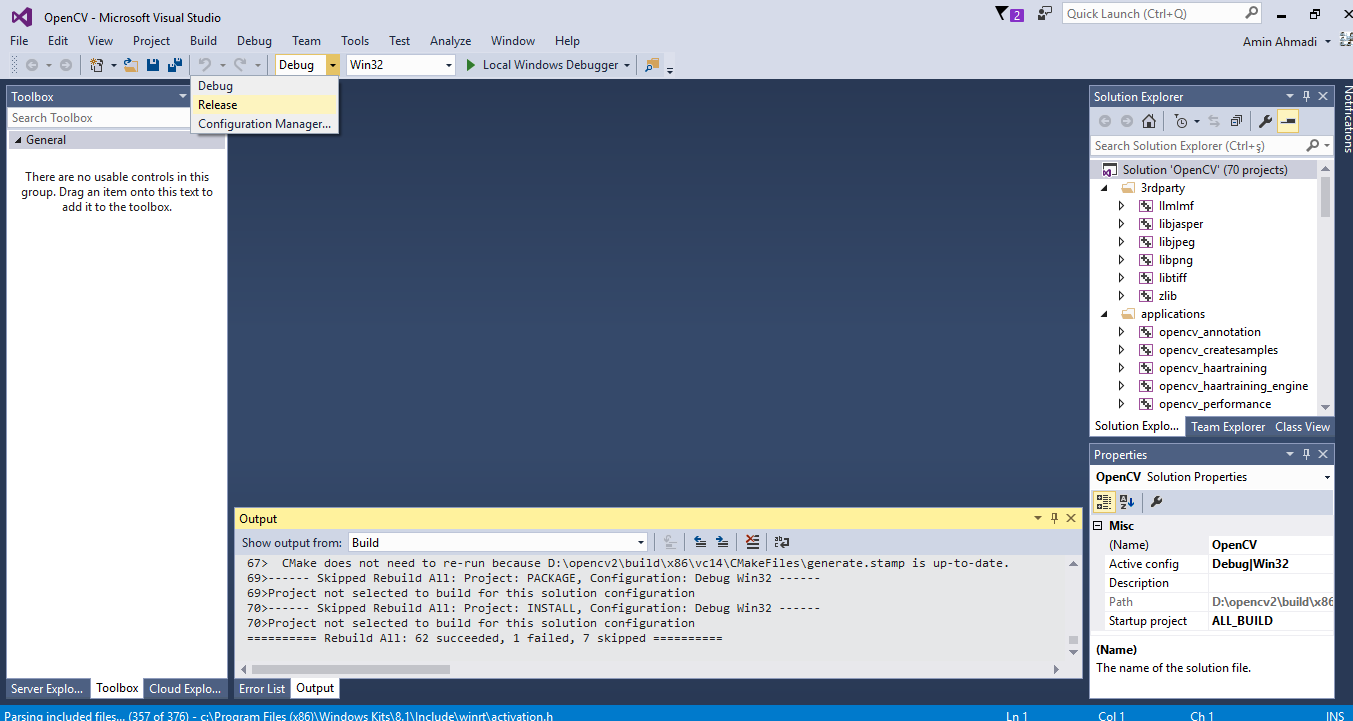 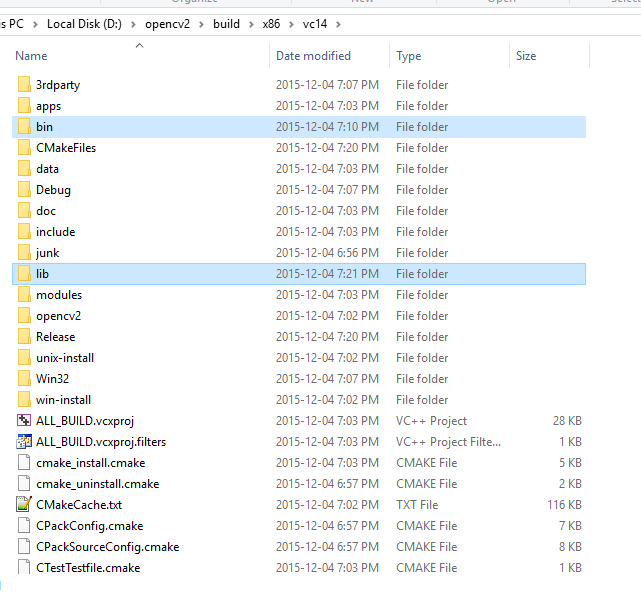 If you have any questions just put a comment below.

37 Replies to “How to build OpenCV from source for VC14”